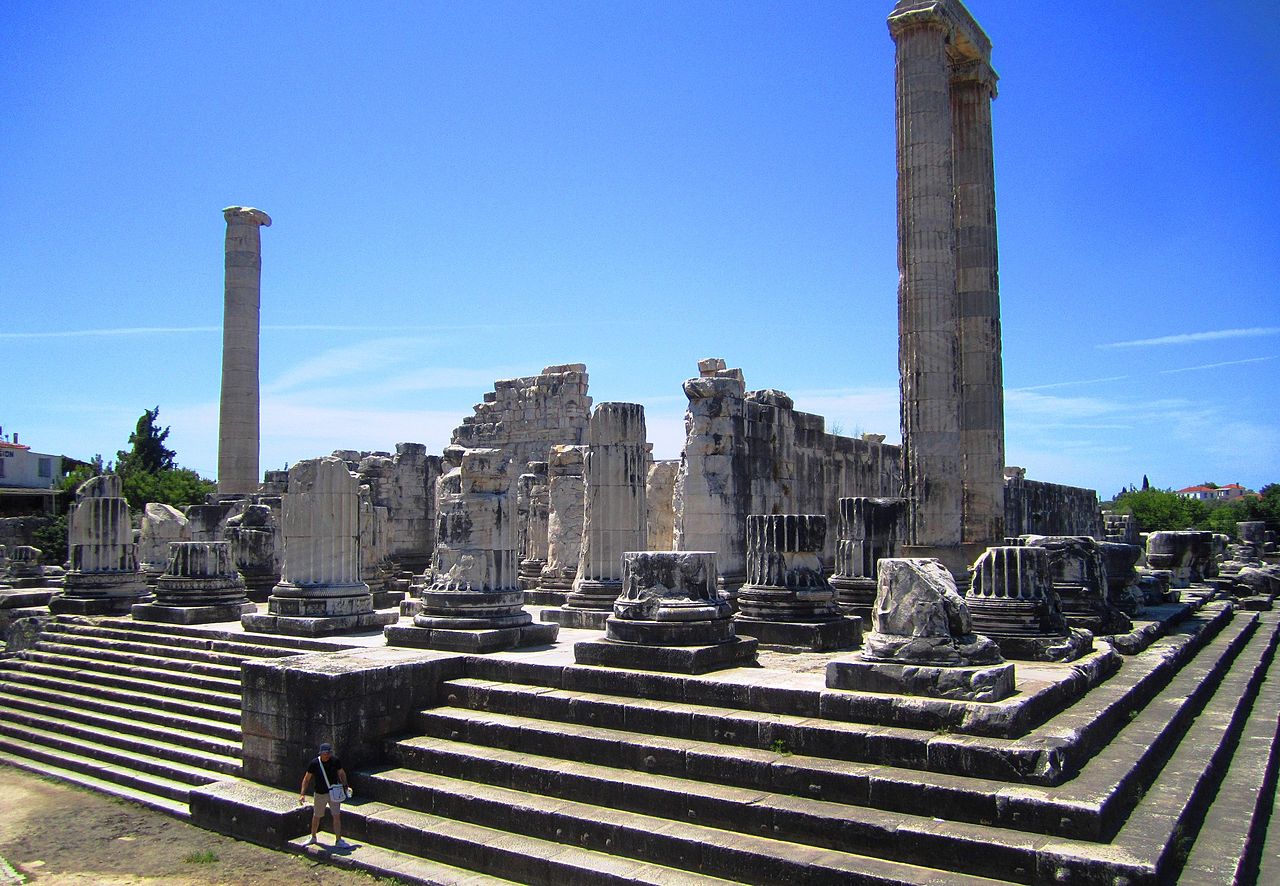 Didim Attractions
Didim is a big town and its historical places and popular places to swim are different from each other. Akbuk and Altinkum are the most preferred places for swimming. However, there are very beautiful ancient cities both in the center of Didim and within the borders of Didim district. Hundreds of thousands of tourists come here from abroad every year. Really Didim is a very nice place to visit. Touristic places in Didim and places to be seen in Didim are expressed with them.
1- Didim Altinkum ⛱
Altinkum is the hotel district of Didim. If you are going to stay in a hotel, that hotel is probably in Altinkum. As such, most restaurants and Didim entertainment venues are gathered around Altınkum. The beach is quite long and takes its name from the golden sands as you can imagine. Since Didim Altinkum is the most crowded region, we did not choose this place to swim, frankly. The beach was quite crowded. But just because it's crowded doesn't mean it's dirty. Because Altinkum Beach is a blue flag beach and there is no entrance fee. If you want to rent sunbeds, various businesses have sunbeds. Prices are usually around 20-30 liras.
2- Didim Akbuk
If you are asking where to swim in Didim, Akbük, one of the most beautiful and first that comes to mind, immediately comes to mind. It is among the first places to be seen in Didim. Akbuk is mostly the district of summer houses. Quieter, more peaceful. If you're looking for a relaxing holiday, it can't be better than Akbuk.


3- Didyma Ancient City 🏛️
Let's move on to some historical places now. The ancient city of Didyma comes first in our opinion among the places that must be seen and visited in Didim. This ancient city attracts hundreds of thousands of foreign tourists every year. Certainly, domestic tourists should show more interest. The museum is free with a card and is located just 2 kilometers north of the city center of Didim. In other words, you can reach here even by minibuses.
An Ephesus is not as big a complex as a Hierapolis. However, there are many beautiful structures from the ancient theater to the famous Temple of Apollo and it is well preserved. And let's not forget the famous Medusa figure. Medusa and Apollo are considered as symbols of Didim.
4- Miletus Ancient City 🏛️
There is another ancient city only 20 kilometers away from Didim: Miletus Ancient City. Definitely combine your visit to this historical site, which is also known as Milet Archipelago, with a trip to the Ancient City of Didyma.
Miletos (ie Miletus), which was a very, very important port city in its time, does not have a coastline at the moment. The reason is that various alluviums fill the shore. For this reason, the city of Miletus is located approximately 10 kilometers inland. The most important structure of the city is the ancient theatre. This theater had a capacity of approximately 20 thousand people at the time. If you are interested in Hellenistic architecture, it will impress you.
Another important structure in the Miletus Ancient City is the Faustina Bath. In fact, the bath has been preserved very well until today. This was surprising. Fountains, pools, sculptures seem to be in very good condition.
By the way, you know the famous philosopher Tales. Even if you don't know, it must have been heard. Here is Miletos, the hometown of Tales. This city was also home to famous philosophers during its time.
5- Miletus Museum
Miletus Museum is one of the most beautiful places to visit in Didim. It is possible to see various ornaments, coins, tools and equipment used in daily life in the museum located right next to the Miletus Ancient City. This allows you to make inferences about the peoples of the time. Definitely, definitely, the city of Miletus and its museum should be on your list of places to visit in Didim.
6- Ancient City of Priene 🏛️
Along with Didyma and Mileto, the most important ancient city of the region is Priene. They are usually visited as a trio because they are very close to each other. The Ancient City of Priene is established at the foot of a remarkable rock. The most important structure of the city is the Temple of Athena. The architect of the temple is an architect named Pytheos. Does the name sound familiar? Probably didn't come. But he has another very important structure within the borders of our country. Halicarnassus Mausoleum in Bodrum, one of the 7 wonders of the ancient world 🙂
7- Didim Places To Visit: Didim Bays ☀️
We mentioned above the two most famous beaches of Didim. In addition, we will talk about 3 wonderful Didim Sheeps now.
#1 Aquarium Bay: This is one of the most beautiful bays around Didim. Coves with beautiful colors and clear colors are generally called aquarium dark in our country. This is a cove that got its share from that naming. But the color is really very vibrant and it is a very clean bay. It is already a bay that can only be visited by boat, so it has managed to stay clean.
#2 Manastır Bay: This is another beautiful bay around Didim. It is one of the most beautiful places to swim in Didim, but the way to go is b some troublesome. There is no public transport. You can only go with your personal vehicle and the road is a bit rough. Still, is the view of the bay and the water worth going? We think it's worth it. We leave the location below.